You are here:
Misc 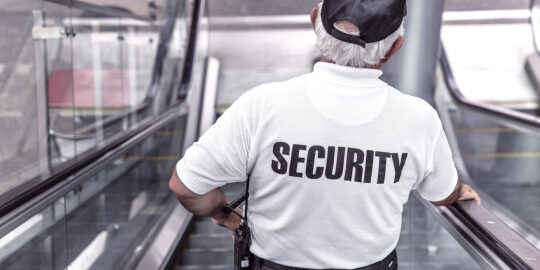 Runbo Communications Devices have been incorporated into some of the leading security service systems all over the world. The following case study briefly highlights one such instance and provides all the advantages gained through the use of Runbo rugged smartphones.

As the largest residential real estate companies in China, Vanke Co. Ltd is positioned as one of the premier real estate developers in the world. Headquartered in Shenzhen China, Vanke builds thousands of homes and buildings in more than 60 cities all across China and even overseas.

On top of developing and selling of properties, Vanke is also renowned for their property management services, such as security. Security is one of the most important sevices that can be provided to residencies and corporations, as a safe environment is a productive one.

In most countries people strive to live as a community sharing public space, while also aiming to keep their privacy, safety and autonomy. Runbo Communication Solutions believes that everyone should feel safe around the world and has attempted to equip security personnel with the optimal devices to provide effective security to groups and individuals.

In the large cities like Beijing & Shanghai, security guards are constantly patrolling every corner of the communities, offering all day protection in multiple shifts. Protection is mainly aimed at protecting individuals from violence, theft and property damages.

Security guards need to work as a team to cover large areas and provide effective protection. Reliable communication is a necessity for guards to report their status, keep dispatchers in the loop, and request assistance when needed.

Vanke took security detailing even further as they developed apps that can be loaded in a smart PDA for the guards to receive tasks, report cases, and record their findings. Prior to the use of Runbo smartphones, Vanke security teams used traditional walkie talkies to stay contact with one and other. The problem with the use of walkie talkies was their inability to complete smart work, such as taking pictures and filling out forms. Walkie talkies also reach very limited distances and to extend the coverage, teams would be forced install a repeater to relay the signal further. Repeaters can be harmful to human health due to their high power output. Further, repeaters may be limited by blind corners, as the radio wave given off by a repeater can be blocked by large objects like building and trees.

With Runbo smartphones there is no need to carry separate devices such as a camera or PDA for recording or reporting, one device can take care of all your problems.

Runbo phones also feature: the POC App which has no coverage limits, extremely crisp sound and voice and the elimination of background noise. Runbo phones also have desktop clients which allow dispatchers to check on guard locations and re-route field guards when the need arises. Security guards may also report emergency cases with just click a button. The report of emergencies will be instantly followed by the coordinates of the emergency to the dispatcher giving the dispatcher the best possible reaction time to provide assistance.

Join us at Global Petroleum Show 2018 in Calgary this week
June 12, 2018
CATEGORIES
SEARCH
FEATURED
Go to Top
Industrial One